You will never forget the first framework

When we started realising web applications with the first frameworks on the marked some years ago, the overview was very different: there weren't not so many php framework as today and some of them were already at an experimental stage. For this reason we decided to use one of the most damous at the time that is Rails: it is a web application framework written in Ruby. Its main ideas seemed to be a little bit bizarre at the time but they became gradually essential for all the frameworks on the market.

Rails most important feature was MVC programming pattern that taday is part of all the web frameworks. Furthermore, it had command line utilities (such as the scaffolding) to create the base of the application or of the models, controllers, database migrations, default file's structure and so on. It was love at first sight! But the application's hosting was complicated and there were not so many hosting providers at the time; "bundler" (to manage the different tasks) doesn't exist yet and in this way it was difficult to maintain the projects. Thus we looked for something written in php, similar to the framework we loved so much. At the beginning we tried with cackePHP, but it was too far from Rails' efficiency model. After several searches, we found Yii: a php framework that promised to be quick, safe and professional. The developer's website describes Yii as: >Yii is a free, open-source Web application development framework written in PHP5 that promotes clean, DRY design and encourages rapid development. It works to streamline your application development and helps to ensure an extremely efficient, extensible, and maintainable end product. Someone described it as php Rails porting and we decided to try it. It was immediately clear that we found the best we could wish for: there were all the foundamental Rails components and also many original ideas, php distinctive characteristic. It is true that something was missed... but we were talking about two different languages and we could not ask to anything better. I can say that also after some years we are still in love with Rails: we believe that it is still the leader of the web framework overview. However, it is a particular solution with higher implementation costs than php. We found in Yii our ideal framework. Today we use Yii2 (the last evolution of the framework) if the application scalability demand needs it. After the implementations of the last versions (such as:introduction of namespace, use of "composer" to manage the dependencies, the support to php7, the rewrite of api) the difference between the two frameworks is now very reduced. After having seen the development of the community and the good job done until today, we believe that we have done the right choice for our leading framework. If you are interested in having more information about this framework or you need help to develop and plan your web application, do not hesitate to contact us.

Last News
Last Extensions
About Us

Protocolli Creativi is a Web Agency and Software House based in Tolentino in the Province of Macerata. We have customers all over the country, we are dealing with the creation of eCommerce websites and web applications. We develop custom components and extensions and unique templates for Joomla. We are dealing with SEO, Search Engine Optimization to improve your site's placement on Google.

Get in touch with us 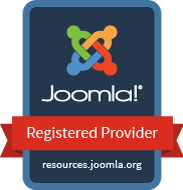